Approximately 15,000 patients in Australia live with the severe consequences of cSCI, with approximately 350/400 new cases each year. The cost to patients and their families is immeasurable. The cost to the Australian health care system is approximately $2 billion per annum. Despite these deplorable costs, funding to find a cure for chronic spinal cord injury (based on NH&MRC figures 2000-2008) is less than one tenth that spent on other diseases such as cancer on a pro-rata basis to total health care costs.

StepAhead Australia is governed by a Board comprising the principal benefactors. The StepAhead Australia Board has appointed a Scientific Advisory Board (SAB) of internationally recognised scientists, biotechnologists and clinicians who are experts in the field.

Tony is a retired Banker of 39 years’ experience. He has held a number of senior positions in both Westpac Banking Corporation and Bankwest over his career covering areas of retail administration, financial control, risk management and investigations.

Tony has been a member of Lions Clubs International for over 30 years being a Past District Governor of District 201 V1 and Chairman of Lions Australia in 2007/8. He has held various roles in Leadership and Membership since being Council Chairman. He now holds the role of International Director and sits on the Board of the International Association representing Australian, New Zealand and Indonesian Lions.

Together with his Director responsibilities, he is also Chairman of the Board of Trustees of the Lions House Foundation Inc., and Deputy Chairman and Victorian State Director for the Australian Lions Foundation Ltd.

For his involvement in community work through Lions and local organisations he was awarded the Order of Australia Medal (OAM) in the New Year’s Honours in January 2015.

Tony was the Chairman of the Advisory Board of the Spinal Cord Society of Australia Inc. prior to joining StepAhead Australia.

Dr Owen graduated in Medicine from Melbourne University in 1973. He completed his surgical Fellowship with the Royal Australasian College of Surgeons in Orthopaedic surgery in 1983. He was inducted into the Australian Orthopaedic Association in 1986, working overseas for two years before finally settling into public and private practice in Gippsland.

With his wife he is as passionate about promoting targeted research to cure spinal cord paralysis and doing what is necessary to support and fund these objectives. He was able to present these aspirations to the Lions of Australia, gaining its acceptance as a National project of Lions, as well as establishing the Lions Spinal Cord Fellowship. These are designed to directly support and encourage scientists working in this field.

He was a recipient of the Lions International President’s Certificate of Appreciation Award 2013-2014, “In recognition of Distinguished Achievements in Fulfilling the Mission of Lions Clubs International”. In 2014, Dr Owen was also awarded a certificate of “Outstanding Services to the Community” by the Royal Australasian College of Surgeons.

Barbara balances the full time care of her quadriplegic son, with running a productive beef farm and providing much of the passion and inspiration for SAA.

After matriculating with Honours Barbara completed her nursing training at the Austin Hospital. She gained her midwifery certificate at the Royal Women’s Hospital before extensive travel around Europe. She worked as unit manager of the renal unit at Royal Perth Hospital, before a period of working as a nurse in remote Aboriginal communities in Queensland.

Mother of three boys she has given unflinching support to her husband’s busy orthopaedic practice.

Her position as Director and Secretary/Treasurer makes her the “glue” that keeps the organisation running.

Mrs Owen was a recipient of Lions International President’s Certificate of Appreciation Award 2013-2014, “In recognition of Distinguished Achievements in Fulfilling the Mission of Lions Clubs International”.

Nola has spent 34 years involved with the disability sector. During this time she has worked in a number of organisations working directly with people studying from high school through to tertiary education and assisted people into the employment sector. Her roles have included advising and liaising across a number of private, government, and business sectors to achieve an equitable educational environment for students throughout the education system.

Nola’s interests have involved her in a number of industries throughout both her work and study life. After leaving school she studied and worked in a number of organisations in the photographic, graphic art, illustration, writing, advertising, marketing, publishing, and multimedia fields. Specialising in digital and database management, Nola has incorporated these skills and knowledge into a number of private, business, and government organisations involved in the areas of finance, science, health, and research. She has a strong interest in human research and was Administrative Secretary to the Human Ethics Committee at the Walter and Eliza Hall Institute of Medical Research for several years.

Diane graduated as a General Nurse at the Geelong Hospital and then completed her Midwifery training at the Royal Women’s Hospital in Melbourne. After marriage and a period of time in Tasmania (still working in midwifery), Di and her husband returned to Victoria to live in Shepparton and this is where she was introduced to what was, at the time, the Motor Accidents Board, later the Transport Accident Commission, with a part-time position as Hospital Liaison Officer at Goulburn Valley Base Hospital.

After moving to Gippsland in 1982, Di initially worked for the Transport Accident Commission and then the Victorian Accident and Rehabilitation Council (later to become WorkSafe} travelling from Warragul to Bairnsdale on a weekly basis assisting injured workers (often with Spinal Cord  and Head Injuries) to transition back to the community.

After watching service providers for 10 years, and not always being impressed, Di started a home based care service based in Gippsland but later servicing clients in Melbourne and Bendigo.  This service was eventually purchased, in 2002, by a larger provider.

In 2004 Di and a friend started a Spinal Cord and Head injury specific care service based in Melbourne and she retired from this in 2014.  During this time she saw firsthand the daily frustrations of living with a Spinal Cord Injury or Acquired Brain Injury so when she was introduced to Dr Stephen Davies’ work she was happy to support this in any way possible.

Di and her husband have 2 daughters - one living in Geelong the other in Sydney.

PROFESSOR OF NEUROLOGY AND NEUROBIOLOGY AT THE YALE UNIVERSITY SCHOOL OF MEDICINE, SENIOR RESEARCH CAREER SCIENTIST IN THE DEPARTMENT OF VETERANS AFFAIRS. ASSOCIATE DIRECTOR OF THE CENTER FOR NEUROSCIENCE REGENERATION AND RESEARCH AT THE WEST HAVEN VA MEDICAL CENTER OF EXCELLENCE FOR THE RESTORATION OF FUNCTION IN SPINAL CORD INJURY AND MULTIPLE SCLEROSIS. GROUP LEADER FOR THE VA RR&D SPINAL CORD INJURY RESEARCH TRANSLATIONAL CONSORTIUM.

Dr. Kocsis received his Ph.D. in anatomy (Neuroscience) from Wayne State University School of Medicine and subsequently engaged in post-doctoral studies in the Department of Neurology at the Harvard Medical School and the Research Laboratory of Electronics at the Massachusetts Institute of Technology.

He joined the faculty in the Department of Neurology at Stanford Medical School and the Palo Alto VA Medical Center before moving to Yale University.

With his colleagues they have pioneered the study of intravenous infusion of bone marrow derived mesenchymal stem cells (MSCs) as a therapeutic strategy in spinal cord injury and stroke. A recent published clinical study suggests the feasibility of this approach to extent laboratory observations with MSCs to the clinic.

Dr. Roman Giger has a long standing interest in the molecular and cellular mechanisms that regulate neuronal growth and plasticity in the naïve and injured mammalian central nervous system (CNS: brain and spinal cord). The main focus of his research is on the interactions of neurons with support cells of the CNS called glia.

To study how CNS regeneration inhibitors regulate the function of synapses (connections between neurons) his research team conducts electrophysiological recordings of signal transduction in neural circuits. His most recent work has focused on understanding how innate immunity influences axonal growth in the injured and diseased adult CNS. His research team have identified specific molecular signalling mechanisms in myeloid cells that are necessary to enable long-distance axonal regeneration of injured retinal neurons in the optic nerve.

Colin Combs received his Ph.D. in 1996 from the Department of Neurobiology and Anatomy at the University of Rochester where he studied neuronal differentiation and the cytoskeletal protein, tau.

As a post-doctoral fellow in the Alzheimer Research Laboratory at Case Western Reserve University he studied microglial changes that occur in the brain during either prion or Alzheimer's disease. This resulted in patented strategies for modulating neuro-immune changes in the brain. In particular, his work focused on novel small molecule efforts designed to attenuate pro-inflammatory microglial activation.

His laboratory continues to focus on the changes that occur in both resident and infiltrating immune cells in the brain with age, traumatic injury, and neurodegenerative diseases. They employ a spectrum of approaches ranging from fundamental small molecule drug discovery to preclinical animal model testing. He serves on the editorial board of numerous journals and regularly reviews for multiple granting agencies.

Dr. Stephen Davies is an internationally recognized research scientist who has devoted his scientific career to gaining a better understanding of why nerve fibre (axon) regeneration fails in the mammalian central nervous system (CNS) and the development of new technologies for repairing the injured or diseased brain and spinal cord.

Dr. Davies completed his doctoral thesis in neurobiology studying axon growth in the adult mammalian CNS at the National Institute for Medical Research, Mill Hill, London which was awarded by University College London in 1996.

Upon moving from London to Case Western Reserve University in Cleveland, Ohio as a postdoctoral fellow, Dr. Davies initiated a series of adult neuron to adult brain and spinal cord transplantation experiments that fundamentally changed the scientific community’s understanding of the role of scar tissue in preventing axon regeneration in the traumatically injured adult CNS.

He was recruited as an assistant professor to Baylor College of Medicine, Texas in 2000, and later in 2007 to the University of Colorado, Denver as an Associate Professor with appointments in Neurosurgery, Neurology and Neurosciences.

During his tenures in Texas and Colorado, Dr. Davies focused on the development of two complementary approaches to repairing the injured adult central nervous system. The first was a novel stem cell-based technology for making specific subtypes of beneficial astrocytes (a major CNS support cell) suitable for repairing the injured adult brain and spinal cord. The second was to investigate the use of a small leucine rich proteoglycan called Decorin as a means of promoting regeneration and plasticity of neural circuits within the axon growth inhibitory environment of the injured adult CNS.  Dr. Davies was awarded the American Spinal Injury Association prize for breakthrough in spinal cord injury research for his studies with Decorin.

In 2014 Dr. Davies was recruited to the Florey Institute where he continued the development of Decorin for use in treating a variety of neurological disorders with a particular focus on chronic spinal cord injury.  In 2019 Dr. Davies was recruited to Monash University where he has established the Spinal Cord Injury Research Program within the Department of Neuroscience at the AMREP campus. Dr. Davies research interests lie in understanding the cell and molecular biology regulating repair of the adult brain and spinal cord.

His research has been highlighted in numerous international news media articles and programs ranging from Discover Magazine to The Hindu newspaper. Notably, his studies of stem cell-derived astrocytes were featured in a book “Physics of the Future” by Michio Kaku as a technology that will have a significant impact on human civilization over the next century. 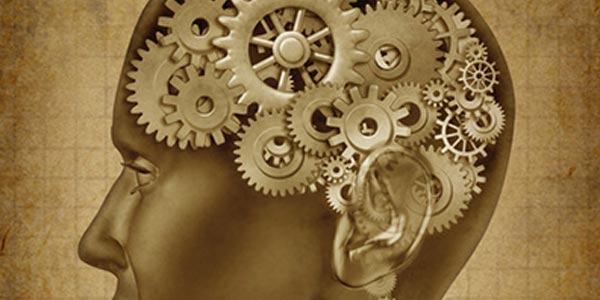 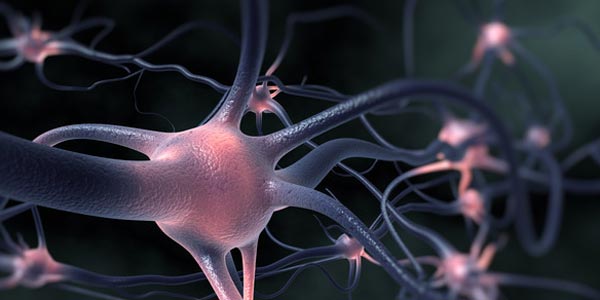